Me, trying to sell my students on bias tests, but also warning them: It shattered some of my smug, liberal illusions.

Update: they've complained to my department head that cognitive bias has nothing to do with audio engineering

These tests are US-centric and use terminology like "european american" instead of "white", - if you feel confused about US terminology and cannot find a good definition, feel free to email for help.

Please pick a test that is related to this peer assessment or you may wish to explore biases that could affect other assessments you may be asked to in future. This could include race, age, gender, disability etc. Some categories such as "weapons" are uniquely american and probably not applicable. These tests try to collect a lot of demographic information at the start, which you can decline to answer.

You will never be asked to share your personal results. Part of the aim of this exercise is to consider how to recognise, assess and mitigate bias - a core skill in engaging with ideas as part of your degree programme. This is a key skill that underpins academic work in much the same way as essay writing skills and referencing.

Obviously, the problem is that I didn't sell it very well and they were confused and possibly feeling attacked or defensive.

So there's some text to try to clear things up afterwards

One time, a film maker called me up because she wanted to use a hubub of voices as a music statement but it wasn't coming off. I listened to the audio and knew just the thing! A resonant 70s style low pass filter would keep the timbres but jettison the words. I ran her vocal recording through my synthesiser and proudly returned with the improved audio.

She listened. "This does sound a lot better," she said, "but you've completely prioritised the men's voices and removed the women."

Cis normativity aside, she was right. My process had made altos much softer and pretty much nuked sopranos. I had to go back and organise each audio sample by vocal range and run the filter multiple times. It was time consuming, but the result was much nicer.

She noticed this because she knew what it was to be silenced according to vocal range - something that has gradually faded from my mind as its no longer a regular occurrence for me. If I'd been working with a fellow tenor or a bass, we might never have noticed. The audio would have been worse and the while project subtly effected by unconscious bias.

Instead, when the film was released, a reviewer praised the sound in that section. 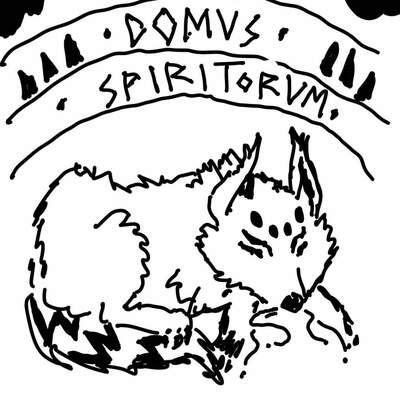 @celesteh I really don't think that's attributable to any kind of unconscious bias. That's literally just how waves propagate. That's why fog horns are really deep sounding, and that's what a low pass filter does.

would be interested to hear samples from this story though

Without intending to, I removed women's speaking voices from a vocal thing because of where I set my filter. That was my mistake.

The film is The Public House by Sarah Turner. It may be possible to buy or stream, but i'm not sure. I can't give you any samples from it. Sorry.

Welcome to Cafe Gulp! We are an adult oriented website themed around vore and endosomaphila. This can take many forms but are often very sexualized and adult in nature. While we may be literal people eaters, we welcome all who can respect boundaries and each other. We will absolutely ban you for hate speech, trolling, or other disruptive mischief. 🔞 If you are under 18 or not interested in such content, leave now. Note to new applicants: Please allow up to 48 hours for account approvals. I don't always remember to check the queue/mail! You may message Taris through another platforms if no action has been taken on your account application after 24 hours. Thank you for your patience with this poor overworked sysadmin <3